Back to all posts

"A Tale Of a Snail" (New Book Coming Out Soon) #Scholastic

Corleone, here. Some really cool news on a new book that I'm still in the process of writing. It's called, "A Tale Of a Snail". The book is inspired on both winning and losing, mixed with a bit of my sense of humor and [obviously] writing skills, as well, lol. It's a very insight book and trust me, when you actually read the book for the first time, you wont regret it and rest assure, you will enjoy every moment you spent reading it. Below is a piece of my latest novel and I hope you enjoy reading what I intend to leak thus far. Enjoy! 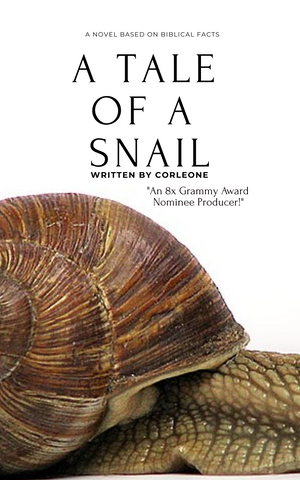 "A Tale Of a Snail" written by Corleone

"Often people gamble and lose. It’s just the way things are. You can’t take a fish out of it’s tank and expect it to live. People die out, as any animal or creature of the night driven out of its inhabitants. Nobody likes a loser or a sore loser, at that. The number one thing that keeps people from winning is their greed and envy. This is what creates the balance between both winning and losing. People often gamble at casinos with every intention on winning. Sad to say, not everyone comes out of a casino as a winner [sighs, laughing]. Generosity begins at the experience of losing, but losing begins at the experience of generosity. Why? [sighs, laughing] it takes a different type of man or women, perhaps [sighs, laughing] to take the risk in allowing the opportunity to take place in losing to begin with. The realization between both winning and quote on quote, “losing” can be very distinct. As of a matter of fact, it is purely distinct [sighs, laughing]. At times we tend to inhabit different things pertaining to losing but at the end of the day we are who we are. Some people cope with losing much differently then others, while on the other hand some could not give a hoot about either winning or losing. These individuals are what we as gamblers refer to as “cons” during play in our poker games. Sad shame [sighs, laughing], we also at times enjoy playing our poker games with these individuals [cons] because at the end of our run at the poker table, they give the least attitude and lesser of attention then those who intend on winning.

In the Bible, it states that the last shall be first and the first shall be last. When Jesus walked on water, the 12 disciples who followed him were in awe, but fortunately they were all able but more so convinced that Jesus was God because of what they had just seen. The sad thing is, they were all considerably atheist during the trials that Jesus endured through, and infact, nearly all of them had betrayed Jesus later down the line. Apostle Paul said in the Bible, “for why do I do the things that I do and the things that I want to do, I do not do.” He continued on saying, “for it is the sin within me that does these things, and had it not been for my flesh, God’s will would surely have been done through thyself.” Interesting that Paul had stated that He was in contempt to committing sin because in reference, He knew along the entire time that He was in sin and thought He could manipulate God into believing that He was willing to serve God despite His quote on quote, “sinful ways”[sighs, laughing]. The Bible also states that He who puts his hand to the plow and looks back are not fit for the services of Gods Kingdom. What the Bible fails to mention[sighs, laughing], is that nobody can serve God at His Kingdom, but rather so in His Kingdom due to creations imbelacy to be connected to Gods essence. What does the term “imbelacy” mean? Imbelacy, is for one to be taken from ones ground. In other words, it’s like taking a baby out of an incubator after they’re were born. The term was deliberately taken out of the dictionary in the United States of America after World War 2 due to the inclination of certain government officials insinuating that the term endorsed abortion. The term actually passed examination several years later, and those very same “government officials” were fired. Although the word has still yet to be instated into the dictionary, as it should had been done years ago, the term still very much exist and therefore, put into perspective by myself [sighs, laughing].

There are certain things in which determine a true winner. Righteousness always prevails, while on the other hand, evil bringeth one to His demise. We refer to this individual as the tortoise and in reverence, the snail in this novel is used in personifying this person. Going back a few paragraphs or so, when I initially quoted a few scriptures from the Bible, I was referencing those passages as theoretic examples in describing the loser, or shall I refer to this individual, the snail. Often we misconstrue Holiness with free will. Every thought and emotion we process is a gamble, obviously, our free will is what creates the decision to make a move. In that sense, each biblical character referenced in those paragraphs hold a substantial evidence in losing. Why? [sighs, laughing] They gambled. Every character mentioned in those paragraphs had known the difference between both right and wrong prior to their decision making. Does that make it permissible to cheat to achieve success? Absolutely not. Therefore, in essence, I was encouraging the loser, if that being you [sighs, laughing] in hopes of thyself changing thy ways into changing for the better and hopefully developing a “winning mindset”.